As the economic noose tightens on the Iranian economy, smugglers will thrive and the IRGC will be the first to profit. 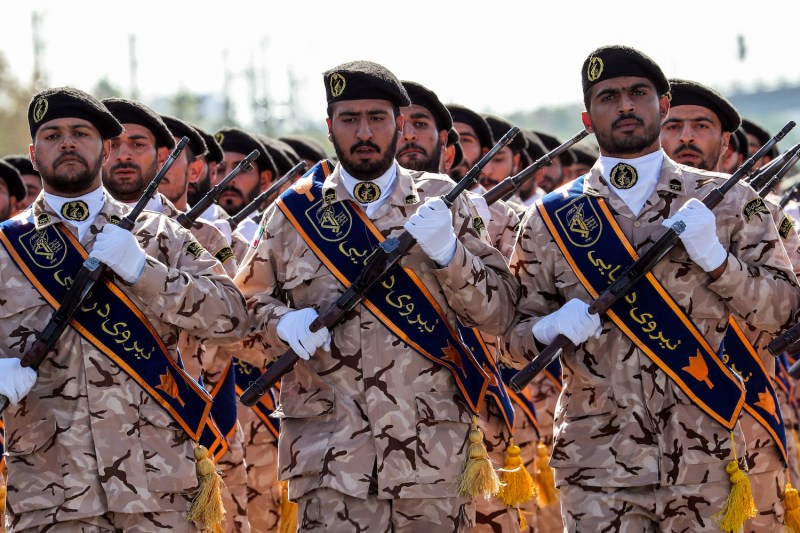 In September, 52 barrels of gas oil were discovered in a truck in Hormozgan province on Iran’s southern coast. The gas oil was on its way to being smuggled to an unknown location by sea across the Strait of Hormuz. Unbeknownst to the thwarted smugglers, 600 miles away in Tehran a debate was taking place that could drastically improve their fortunes.

The government’s Supreme Economic Coordination Council approved a plan to make Iran’s crude oil available for sale to private buyers in an “energy exchange” as part of efforts to soften the blow of sanctions cutting into Iran’s oil exports. Up to 1 million barrels per day will be earmarked for sale through the exchange in a significant loosening of the end-to-end state control of Iran’s oil exports.

Such an energy exchange has existed in various guises, and it has long been rumored that Iran’s veteran oil minister, Bijan Namdar Zanganeh, opposes such measures, which undercut the authority of the Ministry of Petroleum. With an expanded energy exchange back on the agenda, parliamentarians voiced concerns that the new policy would only serve to benefit oil dealers, such as the notorious Babak Zanjani, who place personal profit over the national interest. But their resistance to the move isn’t solely due to concerns about business ethics. It reflects a sophisticated debate taking place in Iran as to whether it is prudent to use certain sanctions evasion techniques if those methods serve to enrich political rivals and expand the black market.

The debate in Washington on these matters is far less sophisticated. In recent speeches, Trump administration officials have repeatedly warned that Iran’s economy is “designed to never know whether you’re facilitating commerce or terrorism” and that what looks like legitimate business “may be in fact part of the Iranian regime’s deceptive schemes to fund terrorism and human rights abuses.” In this view, the clandestine ownership of major enterprises by groups such as the Islamic Revolutionary Guard Corps (IRGC) poses a national security risk to the United States due to the possible funding of proxies.

What U.S. officials conveniently ignore is the pattern of facts that have been shaping the political debate in Tehran. Funding for proxies is by no means dependent on revenues drawn from Iran’s legitimate economy, where the ownership of enterprises and assets offers little access to the necessary cash flow and hard currency. For groups such as the IRGC, the real opportunities are in the black market and lucrative smuggling in oil, cash, narcotics, and consumer goods.

For groups such as the IRGC, the real opportunities are in the black market and lucrative smuggling in oil, cash, narcotics, and consumer goods.

U.S. officials downplay the role of the IRGC’s smuggling revenues for a simple reason. While sanctions may theoretically serve to inhibit IRGC access to international financing through front companies, the trade embargo is empirically shown to have a significant expansionary effect on the scale and value of smuggling in Iran, in a black market controlled by the IRGC.

The current debate over the energy exchange is evidence of the conundrum faced by Iran’s government: By making Iran’s crude oil available to any domestic buyer, it becomes more likely that supply will be pushed into the black market, with revenues never returning to the legitimate Iranian economy.

A 2007 estimate of the IRGC’s smuggling operations offered by an Iranian member of parliament suggests annual revenues of $12 billion. The parliamentarian described a smuggling business of “such a magnitude that it can not be done by donkeys or by passengers…This volume is entering the country through containers and via illegal and unofficial channels [such as] ‘invisible jetties’ supervised by strongmen and men of wealth.”

With the State Department estimating that since 2012, “Iran has spent over $16 billion propping up the Assad regime and supporting its other partners and proxies in Syria, Iraq, and Yemen,” smuggling revenues alone could easily provide for these transfers.

In 2014, at the height of international sanctions, $7 billion worth of petroleum products, including 125,000 barrels of oil each day, were smuggled out of the country according to officials from Iran’s anti-smuggling agency. If a similar trade emerges following the reimposition of U.S. sanctions, and if Iran’s legitimate exports fall below 1 million barrels per day, the illicit trade could account for more than 10 percent of Iran’s total export.

In August, when President Hassan Rouhani was called before Iran’s parliament to answer for his administration’s management of the country’s struggling economy, he was pressed on the sharp rise in smuggling enabled by the currency crisis. Rouhani acknowledged the problem of smuggling, claiming that his government had succeeded in reducing the total value of the illicit trade from $22 billion to $12.5 billion since the beginning of his term. In particular, he singled out the smuggling of oil and its derivative products, such as gasoline, gas oil, and kerosene. In March, the IRGC had announced (unconvincingly) its readiness to combat the “seven-headed dragon” of smuggling.

The Trump administration is certainly aware of the IRGC’s role in smuggling, having targeted the actors behind several specific smuggling operations with sanctions. But the targeted operations are those where the IRGC is engaged in illicit activities beyond Iran’s borders. What U.S. policymakers fail to grasp is the reality that sanctions create market conditions within Iran that see both private sector and governmental actors cede portions of the economy to IRGC control

What U.S. policymakers fail to grasp is the reality that sanctions create market conditions within Iran that see both private sector and governmental actors cede portions of the economy to IRGC control

—both out of the practical necessity of trying to maintain solvency under sanctions but also out of the political reality of being weakened in the face of internal rivals.

Importantly, the evidence that sanctions line the pockets of the IRGC is stronger than the evidence that sanctions relief benefits Iran’s proxies. In his May 2017 testimony before the Senate Committee on Armed Services, Lt. Gen. Vince Stewart, then-director of the Defense Intelligence Agency, gave his assessment of Iran’s use of its proceeds from sanctions relief, telling the committee that “the preponderance of the money [has] gone to economic development and infrastructure.”

In this formulation, the administration is failing to achieve its stated goals despite the ample evidence that its chosen strategy will not work. But if you flip the intended and unintended consequences, a more likely explanation becomes clear. The boon for the IRGC is the unintended consequence of a strategy that is designed foremost to put pressure on the Iranian economy at large.

The boon for the IRGC is the unintended consequence of a strategy that is designed foremost to put pressure on the Iranian economy at large.

In this formulation, which is consistent with the destabilization strategy many have attributed to the Trump administration, the enriching of the IRGC is acceptable for two reasons. First, it serves to justify the administration’s approach after the fact, by accelerating the securitization of the Iranian economy after recent progress by the Rouhani administration to beat back IRGC encroachment. Second, any so-called failure of sanctions to curb the IRGC simply opens the door to a more direct U.S. pushback using military force.

The Iran that signed the nuclear deal was not the weak, isolated, and militarized foe that administration leaders and its regional allies alike needed to justify long-standing aims of hobbling Iran’s rise as a regional power. It is revealing that Mark Dubowitz, a key proponent of the administration’s Iran policy, who in 2016 argued in FP that it is unacceptable for financial flows to strengthen the IRGC, recently declared his ease with the possibility that, as relayed by his interviewer, “a hostile regime led by Iran’s Islamic Revolutionary Guards” could take control of Iran because “it would be weakened by internal divisions and likely rule without the legitimacy of Iran’s clerical establishment.”

In an interview with the Guardian last year, Mohsen Sazegara, a now-exiled founding member of the IRGC, lamented, “We created a people’s army to defend the country and also help in emergencies, but it turned into a monster.” The IRGC and its proxies are enriched by smuggling and enabled by sanctions. The Trump administration seems all too eager to feed this seven-headed dragon.