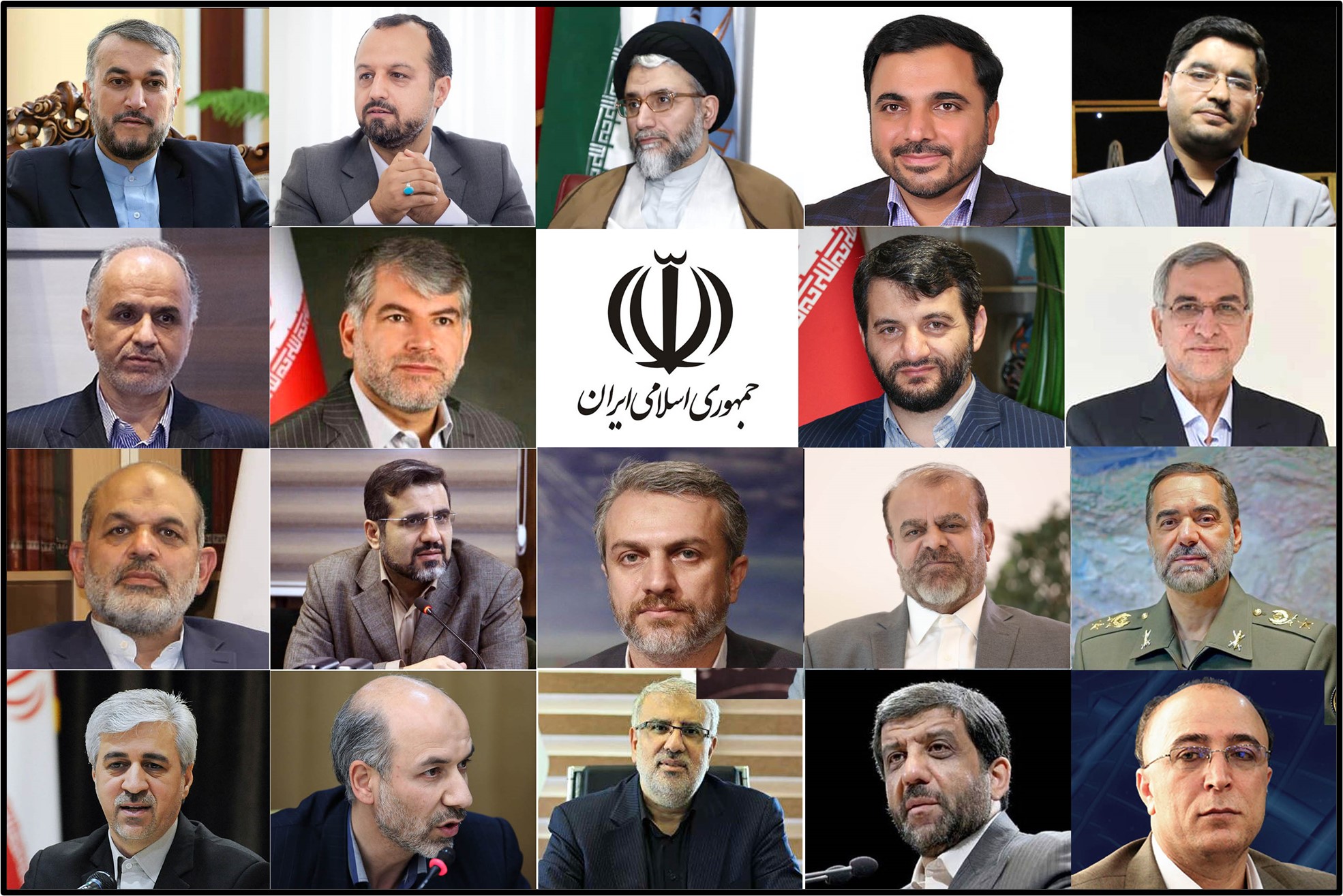 On Aug. 11, 2021, President Ebrahim Raisi submitted a list of 19 proposed cabinet members to Parliament, the Majles, which must approve all nominations. Two weeks later, Parliament approved all of his picks with the exception of his proposed education minister. Raisi’s new cabinet includes five ministers who are designated under U.S. sanctions. Raisi, his chief of staff Gholamhossein Esmaili, and his first vice president Mohammad Mokhber have also been sanctioned by the U.S. Treasury. Four members of the cabinet were members of the Revolutionary Guards (IRGC), with three holding the rank of brigadier general.

Raisi was tasked by Supreme Leader Ayatollah Ali Khamenei and the Iranian media to form a younger cabinet. The average age of his all-male nominees is 52. The average age in Rouhani's cabinet was 59 in the first term and 57 in the second term. Supreme Leader Khamenei has recently urged the inclusion of younger officials, notable since the first generation of revolutionaries is aging or dead. The new cabinet includes 16 with doctorates, mostly from Iranian universities, in contrast to Rouhani’s cabinet, which included several who had lived in or been educated in the West.

Raisi has little experience in foreign policy and national security issues and provided little insight about concrete plans, including on key questions such as Iran's approach to the nuclear negotiations with the world’s six major powers in Vienna. Over the past four decades, the mid-ranking cleric has focused largely on domestic, religious, or judicial issues. So his cabinet ministers may shed light on some of his future policies on national security matters. 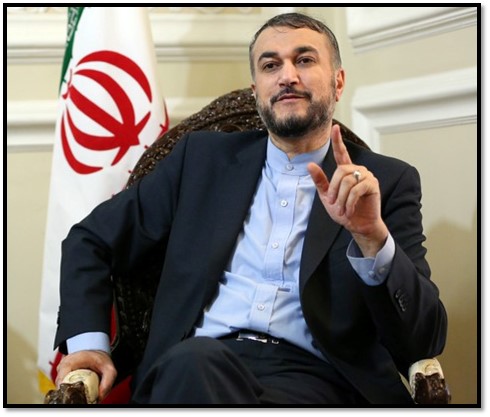 Amir-Abdollahian was nominated as foreign minister

Hossein Amir-Abdollahian was confirmed as foreign minister, replacing Mohammad Javad Zarif. Amir-Abdollahian recently served as the senior advisor for international affairs for the speaker of the Majles under Ali Larijani and, since 2020, under Mohammad Baqer Qalibaf. For most of his career, he worked in the foreign ministry, where he focused mainly on Iran's neighbors in the Persian Gulf. He reportedly has close ties with the IRGC and other key figures in the so-called axis of resistance. Amir-Abdollahian was famously photographed kissing the forehead of General Qassem Soleimani, the Qods Force commander who was killed in a U.S. airstrike in January 2020.

Born in 1964 in Damghan, some 200 miles east of Tehran, Amir-Abdollahian’s first posting was in 1997 to the Iranian embassy in Iraq. He later served as the head of the foreign ministry's special department for Iraq. He led Iran's delegation to the 2007 talks, in Baghdad, with the United States on Iraq’s security situation. Amir-Abdollahian rose through the ranks of the diplomatic corps to serve as ambassador to Bahrain from 2007 to 2010 and as deputy foreign minister for Arab and African affairs from 2011 to 2016. He holds a PhD in International Relations from the University of Tehran. He is fluent in Arabic and English. The following are key quotes from Amir-Abdollahian on key foreign policy issues.

On the U.S. and the JCPOA nuclear negotiations: 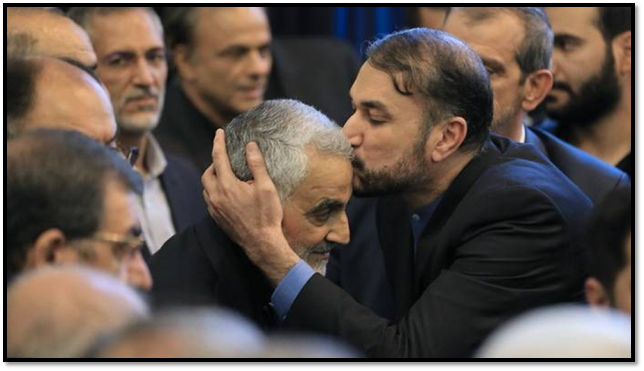 On the Revolutionary Guards: 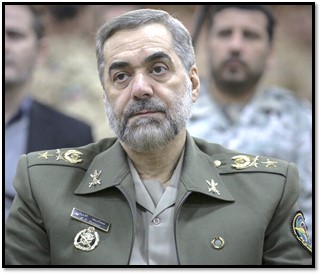 Brigadier General Mohammad Reza Ashtiani was confirmed as defense minister, replacing Amir Hatami. He served most of his career in the Iranian Army — or Artesh, the conventional wing of Iran’s multi-faceted military, as did his predecessor. He recently served as the deputy chief of the Armed Forces — under Major General Mohammad Bagheri. In 2020, he was sanctioned by the U.S. Treasury under Executive Order 13876 for advancing "the regime's destabilizing objectives" and being appointed as a state official of Iran by the Supreme Leader.

Born in 1960 in Tehran, he entered the Army's officers course as a cadet in 1979. After finishing the course in 1982, he served in the Army’s 23rd special forces division until 1984, when he was commissioned to train cadets at Imam Ali University. He later served as deputy commander of the Artesh ground forces, deputy chief of the Artesh, and other positions within the top echelons of the regular Army. Ashtiani holds a PhD in defense management from the Supreme National Defense University. The following are key quotes on Iran’s military strategy and priorities.

On the United States:

On Iran's response to threats: 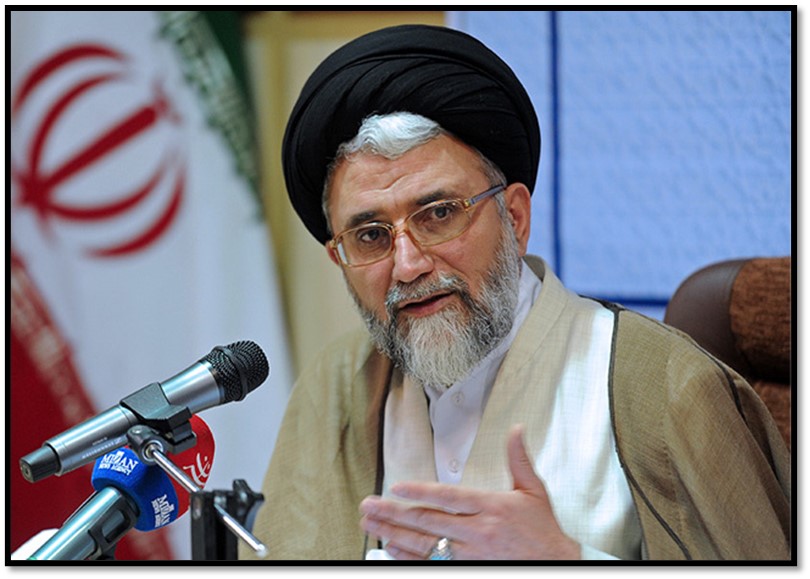 Hojatoleslam Seyed Esmail Khatib was confirmed as intelligence minister, replacing Mahmoud Alavi. He was recently the head of security at the Astan Quds Razavi, one of the county's most prominent and wealthy bonyads, or charity foundations.

Born in 1961, Khatib joined the IRGC intelligence wing in 1980. He later worked in the Ministry of Intelligence and in the office of the Supreme Leader. According to Iranian media, he studied jurisprudence under Supreme Leader Khamenei as well as Grand Ayatollahs Mohammad Fazel Lankarani, Naser Makarem Shirazi and Mojtaba Tehrani. Between 2011 and 2019, Khatib served as the head of the Protection and Intelligence Center in the Judiciary. He was replaced shortly after Raisi was appointed to be the Judiciary chief, a fact which may indicate past tensions between Raisi and Khatib. Khatib may owe his nomination to Khamenei. In past cabinets, the choice of intelligence minister was heavily influenced by the Supreme Leader. The following are key quotes from Khatib on intelligence and security issues. 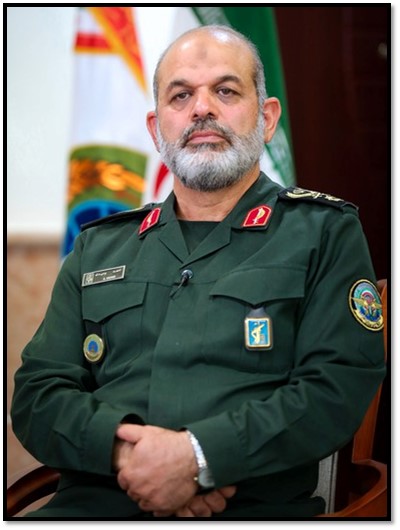 Vahidi was nominated as interior minister

Ahmad Vahidi was confirmed as interior minister, replacing Abdolreza Rahmani Fazli. He recently headed the Supreme National Defense University and was a member of Iran's Expediency Discernment Council. He was sanctioned by the U.S. Treasury in 2010 under Executive Order 13382 for his ties to Iran's nuclear program and development of other weapons of mass destruction when he was deputy defense minister. Vahidi is also listed on an Interpol Red Notice—or international alert for wanted people--since 2007 at the request of Argentina, where he is wanted for alleged involvement in the 1994 bombing of the Jewish AMIA center in Buenos Aires that killed 85 people and injured hundreds.

Born in 1958 in Shiraz, under the name of Ahmad Shah Cheraghi, Vahidi joined the IRGC in 1979 and became deputy IRGC chief for Intelligence during the war with Iraq in the 1980s. He was the first commander of the IRGC Quds Force; he was replaced by General Qassem Soleimani in 1997. Vahidi was appointed to be deputy defense minister under President Mahmoud Ahmadinejad’s first term (2005-2009); and served as defense minister during his second term (2009-2013). Vahidi holds a PhD in strategic management from the Imam Sadegh University. The following are key quotes by Vahidi on security issues.

On negotiations with the United States:

Omer Carmi (@CarmiOmer) is a former visiting fellow at The Washington Institute for Near East Policy.