Iranian Doctor Back Home after Being Released from US Prison

Iranian Doctor Back Home after Being Released from US Prison 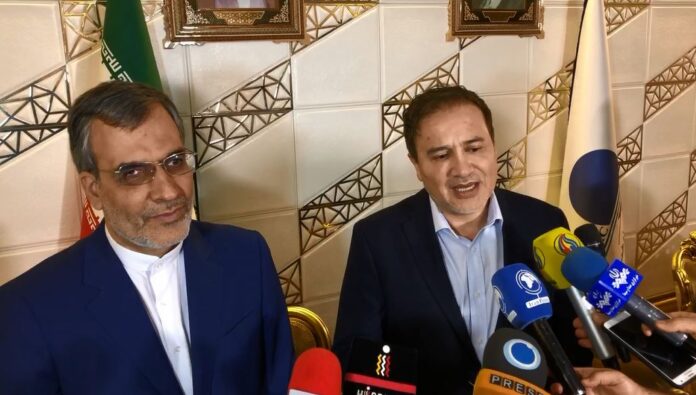 An Iranian doctor who had been imprisoned for several months in the United States has returned home after being released.

Upon arrival in Tehran, Taheri said he had been helping a team at the University of Tehran to develop a vaccine for a virus to treat cancer. He further added that he was trying to improve Iranians’ health and advance medical science, but Washington levelled unjust and delusional accusations against him.

He also expressed gratitude to the Islamic Republic’s Foreign Minister Mohammad Javad Zarif and other officials for their efforts to set him free.

Meanwhile, Hossein Jaberi Ansari, who was at airport, told reporters he and the foreign ministry officials are happy that after months of intensive follow-ups, the Iranian doctor is free.

“Today, another case of the American oppression against the government, the nation and the citizens of Iran came to an end fortunately, due to the unilateral and cruel US sanctions,the some Iranian citizens, including Dr Taheri, were subjected to false accusations,” added Jaberi Ansari.

Majid Taheri had spent nearly 16 months in US prisons for allegedly violating US sanctions on Iran.

The release comes a few days after US military veteran Michael White was freed by the Islamic Republic. He was sentenced to prison for security crimes and a lawsuit by private plaintiffs. Iran has reiterated that no direct negotiations had taken place between Tehran and Washington for the release of the two prisoners.