TEHRAN — An intensification of the Israeli military threats against Iran seems to suggest that the Zionist regime has forgotten that Iran is more than capable of hitting them from anywhere.

The Yedioth Ahronot newspaper said on Tuesday that Israel’s strike on Syria is “a direct message” to Iran. The chief of staff of the Israeli army has also accepted to increase the number of troops in the air force and the intelligence branch of the Israeli army to prepare for an attack on Iran, according to the Israeli media outlets.

Yedioth Ahronot also revealed that one of the main demands of Israel from the United States, which war minister Benny Gantz and Mossad chief David Barnea stressed during their visit to Washington last week, is a complete cessation of Iran's ballistic missile development and production program. The paper also said that the Israeli military experts are worried about the short timespan it takes Iran to hit Israel. According to the Israeli newspaper, it takes Iran an hour to launch missiles into Israel.

Major General Mohammad Bagheri, the Chief of General Staff of Iran’s Armed Forces, said on Tuesday that Iran never underestimates the enemy’s threats. “Despite our confidence in the deterrence situation of the country, our forces have never underestimated the threat of the enemy and are prepared for the smallest of threats in the strategic field,” Bagheri remarked. 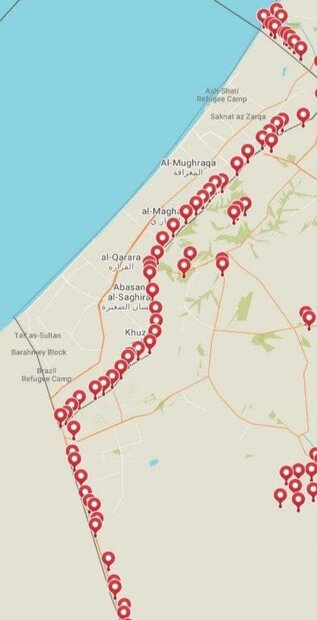 He noted that the military is in “maximum vigilance commensurate with the enemy’s situation.”

“At the strategic level, we do not intend to strike anyone, but at the operational and tactical level we are ready for a decisive response and a quick and tough offensive against the enemy,” the military chief asserted.

Bagheri said the missile strike on the U.S. air base in western Iraq and the downing of the U.S. strategic drone with indigenous systems have been noticed by everyone, and these moves are especially instructive for “the adventurous enemies.”

On December 8, the Israeli Defense Forces (IDF) confirmed that it will hold a large-scale exercise over the Mediterranean in the spring with dozens of aircraft simulating a strike against Iran’s nuclear program.

According to the IDF, the drill will be one of the largest ever held by the Israeli Air Force and will include dozens of aircraft, including the F-15, F-35, and F-16 fighters, Gulfstream G550 spy planes, and refueling jets.

The planes will conduct the exercise far out over the Mediterranean Sea to simulate the distance — over 1,000 kilometers (620 miles) — that the aircraft would need to travel in a strike on Iran’s nuclear facilities.

All these threats and moves come at a time when Iran and P4+1 countries (Russia, China, France, UK, plus Germany) are now in Vienna to diplomatically examine ways to remove illegal sanctions on Iran. The Israeli disruptive moves are not a mystery to the negotiators.

On Tuesday, Israeli premier Naftali Bennett held a phone conversation with the new German Chancellor Olaf Scholz. As reported by the Israeli state TV, the two discussed the Vienna talks. According to a statement from Bennett’s office, the two spoke of “the importance of the effort to prevent Iran attaining weapons.”

Germany has taken a tougher stance against Iran since Scholz took power on December 8. Known as an admirer of Israel, Germany has paired up with the UK to collaborate with Israel during the Vienna talks.

The Tehran Times doesn’t need to remind the illegitimate regime of Israel of Iran’s defense capabilities. Yet, they need to remember something.

Leader of the Islamic Revolution Ayatollah Seyyed Ali Khamenei responded to all Israeli threats in 2013, saying, “Sometimes the leaders of the Zionist regime even threaten us; they are threatening to strike militarily, but I think they know it, and if they do not know it, they must know that if they make a mistake, the Islamic Republic will destroy Tel Aviv and Haifa.”

Keep your hands off!