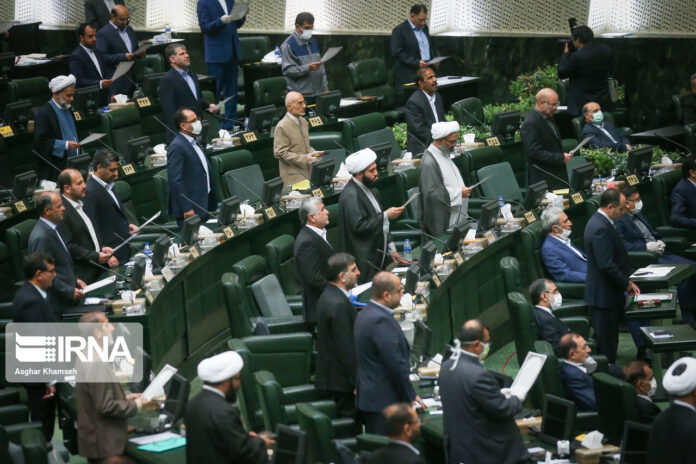 Iranian lawmakers have, in a statement, called for a halt to the implementation of the Additional Protocol considering the failure of other JCPOA parties to implement their commitments.

Reading out the statement on Sunday, a member of the Parliament’s Presiding Board lambasted Europe for not having a constructive approach vis-à-vis the Iran nuclear deal, officially known as the Joint Comprehensive Plan of Action (JCPOA).

“The European pressure policy to, what they call, preserve the JCPOA shows the three European countries, namely Britain, France and Germany, have, since the beginning, not pursued an approach which has been constructive and aimed at respecting the Iranian nation’s rights, and have had the idea that the JCPOA is a tool to pressure Iran into submitting to their unwarranted demands,” said Ali Karimi Firoozjaee.

“The parliament is asking the respectful government to stop the voluntary implementation of the Additional Protocol and make supervisions offline,” read the statement.

The statement highlighted that the Europeans are contradictory when it comes to putting their words into practice.

“Unfortunately, the full contradiction between the words and deeds of these European countries, which, on the one hand, are supporting the illegal [IAEA] resolution against the Iranian nation, and on the other hand, claim to be abiding by the JCOPA and trying to preserve it, shows they have once again fallen into the trap of the US and Israel, and, aligning themselves with their efforts to implement the failed maximum-pressure policy against Iran, have dealt yet another blow to international multilateralism,” said the statement.

It expressed hope the International Atomic Energy Agency would correct its inappropriate and dangerous approach when it comes to dealing with Iran.